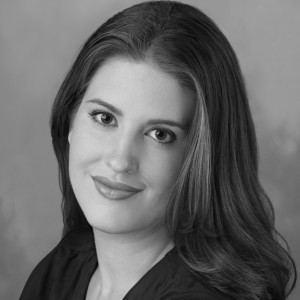 Praised by the Irish Times for “thrilling,” “heart-piercing” performances, American soprano Katharine Dain brings insatiable musical curiosity, finely-honed lyricism, and an individual aesthetic to engagements on both sides of the Atlantic. She sings music of many centuries and genres in both intimate and grand venues; recently she has been sought after particularly for her assured, deeply-felt performances of contemporary scores and of the Germanic lyric repertoire from Mozart to Strauss.

Highlights of the last few seasons include a solo recital of Marx, Strauss, and Korngold in Amsterdam’s Concertgebouw with pianist Reinild Mees, her debuts in Paris (Philharmonie), Brussels (La Monnaie), and the Aldeburgh Festival in ENOA’s Be With Me Now (a co-production of Festival Aix-en-Provence, the Dutch National Opera, and six other European presenters), a return to Ireland’s West Cork Chamber Music Festival, a last-minute replacement as soloist in the Concertgebouw Grote Zaal with Asko|Schönberg under Reinbert de Leeuw of an oratorio receiving its premiere, and her Italian debut in Luigi Nono Il Canto Sospeso with the Teatro Comunale di Bologna under the baton of Roberto Abbado. After a win at the 2017 Clermont-Ferrand International Voice Competition, Katharine will make her role debut as Konstanze in a new production of Mozart’s Die Entführung aus dem Serail in the opera houses of Clermont-Ferrand, Avignon, Massy, Rouen, and Reims in 2018 and 2019.

Katharine’s first professional work was in oratorio, early music, and choral music, and these remain vital to her performance calendar. She has returned over the years to many major choral/orchestral works: Bach Mass in B minor, Matthäus-Passion, Johannes-Passion, Weinachts-Oratorium, Magnificat and numerous cantatas, Handel Messiah, Dixit Dominus and Judas Maccabaeus, Mozart Requiem, Mass in C minor, Exsultate jubilate, Coronation Mass and Vesperae solennes de confessore, Haydn Lord Nelson Mass and Theresa Mass, Fauré Requiem, Orff Carmina Burana, and many others. She has been featured with orchestras including the Südwestradiofunkorchester Freiburg & Baden-Baden, Asko|Schönberg Ensemble, Sinfonica di Teatro Comunale di Bologna, Orchestra of St. Luke’s, Alexandria Symphony, Springfield Symphony, and American Symphony Orchestra and with many professional and amateur choruses, including most recently Cappella Amsterdam. Her work in oratorio has taken her to notable venues including New York’s Carnegie Hall and Lincoln Center, Amsterdam’s Concertgebouw, and Vienna’s Musikverein and Konzerthaus. During her years studying in New York, she was on the regular roster of Trinity Wall Street and also sang performances with the Mark Morris Dance Group (Purcell Dido and Aeneas, conducted by Morris) and New York City Ballet (a revival of the historic Jerome Robbins production of Stravinsky Les Noces).

In recent years Katharine has emerged as a fierce advocate of the contemporary repertoire. Aided by quick and fearless musicianship, Katharine has jumped in for several high-profile performances of obscure scores at the last minute. In 2016, she learned Jan van de Putte’s Insonia in an afternoon and sang its premiere with Asko|Schönberg and Cappella Amsterdam under Reinbert de Leeuw in the Concertgebouw’s Zaterdagmatinee series, a performance which was broadcast live on NPO Radio 4. Similar situations have led to critically-acclaimed performances of Shostakovich Romances of Alexander Blok with the Nieuw Amsterdams Peil, Nono Il Canto Sospeso at the Holland Festival under Ingo Metzmacher, and John Tavener To a Child Dancing in the Wind at the West Cork Chamber Music Festival (singing, according to a glowing review in the Irish Times, “as if the music might have been written just for her”). Several years of collaboration with the experimental opera company Silbersee and the firecracker new-music collective Oerknal! have led to explorations of what is possible at the risky and exciting edges of vocal technique.

Finally, chamber music and recital repertoire are the emotional heart of Katharine’s work. She has co-founded several chamber ensembles, including, most recently, the Damask Vocal Quartet. In New York, a student project eventually developed into the Pierrot ensemble Lunatics at Large, lauded as “young, energetic and finely polished” by the New York Times. She spent two consecutive seasons at Ireland’s West Cork Chamber Music Festival singing works of Ravel, Tavener, and Gubaidulina, and she has performed with the Callino, Carducci, Momenta, Ragazze, and Van Brugh string quartets; the 2017-18 Season will see intensive work with the Quiroga and Ragazze quartets during the first Amsterdam String Quartet Beinnale.

On the recital platform, Katharine’s musical interests are wide-ranging, though she particularly loves early 20th-century French song and American repertoire both classic and new. Favorite partners at the keyboard include Julius Drake, Reinild Mees, Sam Armstrong, Renate Rohlfing, Tom Poster, Jonathan Ware, and harpsichordist/pianist Jeffrey Grossman. She has been lucky to receive excellent training in song and chamber music at the Ravinia Festival (Steans Fellow), Songfest (multiple residencies as a Stern Fellow), in private study with Graham Johnson, Roger Vignoles, Sir Thomas Allen, Margo Garrett, Paul Sperry, Amy Burton, and Lucy Shelton, and in masterclasses with, among others, Dawn Upshaw, Matthias Goerne, Edda Moser, Malcolm Martineau, and Wolfgang Holzmair. Katharine is committed to educational outreach via yearly United States recital tours with the Piatigorsky Foundation, whose mission is to bring live classical performances into settings (schools, community centers, retirement homes) that rarely, if ever, see them.

Katharine was educated at Harvard University, the Guildhall School of Music and Drama (London), and Mannes College (New York). She currently makes her home in the Netherlands.